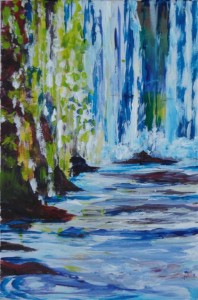 “Facial expression requires no study from you, you think; it comes by nature to you to know enough about it, and you are not to be taken in.  I confess, for my part, that I have been taken in, over and over again. I have been taken in by acquaintances, and I have been taken in (of course) by friends; far oftener by friends than by any other class of persons. How came I to be so deceived? Had I quite misread their faces? No. Believe me, my first impression of those people, founded on face and manner alone, was invariably true. My mistake was in suffering them to come nearer to me and explain themselves away.”

This quote is taken from a little known short story by Charles Dickens that I am reading at the moment.  So a round robin email, forwarded to me by a friend this morning, has given me a bit of a shock.  I won’t reprint the opinions expressed in this “letter to a British Daily Newspaper” as the contents lack humanity, are stupid and ill informed and are positioned well to the right of Nazi ideas of freedom and justice……so I have a problem.  Does my friend agree with this shit or has he sent it as a wind up?  Does he expect me to forward it to my friends or treat it as a sick joke?  He does have a great sense of humour but I may have been blind to a major aspect of his personality.  Should I just ignore it or do I have no alternative but to ask him to his face when he gets back to Turkey next month?  Any comments, please?